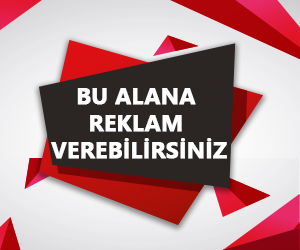 The recent increase in exchange rates compared to previous years has led to an increase in the amount of the foreign currency part of the debts corresponding to TL. In most of these periods, since the interest rates were not set at the required level, the rise in foreign exchange became continuous, the increasing risk and instability made external borrowing costly, and the constant rise in exchange rates increased the burden of principal and interest paid.

Comparison of Turkey’s gross external debt stock with gross foreign debt stock / GDP (%)… (***) In accordance with the Presidential Decision dated 04 December 2019 and numbered 1814, “Turkiye Vakıflar Bankası T.A.O.” As of the 4th quarter of 2019, the external debt data of the institution started to be followed in the public sector classification. (****) The Public Sector Classification has been updated as of the first quarter of 2020 within the framework of the “Statistical Classifications Regulation” published in the Official Gazette dated 28 January 2020 and numbered 31022 (repeated). Source: Ministry of Treasury and Finance, Tera Yatırım

As the elections planned to be held in the middle of 2023 are approaching, it is understood that budget expenditures will increase within the framework of expenditures made in line with state supports and social assistance. We can think that the Treasury will increase borrowing within the framework of the decrease in CDS and bond yields. Increasing inflation and the country’s risk cost may increase the interest burden due to the increase in borrowing costs and shortening of maturities. The interest burden of Treasury borrowings may remain high due to the CPI.

Conclusion? Turkey, which has a short-term foreign debt of 185.9 billion dollars and whose current account deficit is expected to remain around 40-50 billion dollars until the elections, has a great need for foreign exchange. The CBRT’s reserves are insufficient, and as a result, capital constraints are imposed, forcing businesses to convert their FX assets into FX-protected debt. This mechanism works well enough to maintain short-term stability in the currency markets. But the main goal is to win the election, which will require more economic dynamism. Open spending and cheap loans from state banks are the main tools at the government’s disposal. The CBRT’s policy rate has already fallen to 9% and will remain at these levels for a while. The most important side effect of all these policies is the increase in demand for foreign exchange assets.